Just wanted to drop you a line and let you know that we had a fantastic two days of fishing with Capt. Roger Gonzalez. The first day was for Largemouth Bass in the Everglades. We caught so many fish we lost count. Although that elusive 5+ pounder was never realized, we caught many nice fish larger then what we are used to catching. We even had encounters with several alligators. The second day was for Peacock, and again we caught so many we lost count including a very large 7 lb 22 in that almost gave Capt. Roger a heart attack! Capt. Roger was personable and very instructive which was appreciated. 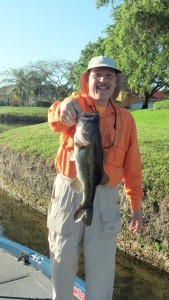